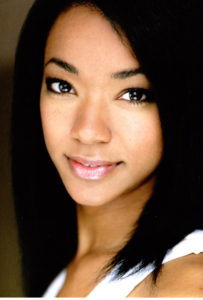 Sonequa Martin-Green is an American actress and producer. Martin-Green is best known for her television role as Sasha in
The Walking Dead and as Tamara in Once Upon a Time. Prior to this, she had starred in several independent films before gaining
her first recurring role as Courtney Wells on The Good Wife.

Martin-Green was born in Russellville, Alabama. She has one full sister and three older half-sisters.
After graduating from the University of Alabama in 2007 with a degree in theatre, she relocated to
New York where she and her husband, Kenric, lived for five years before moving to California.