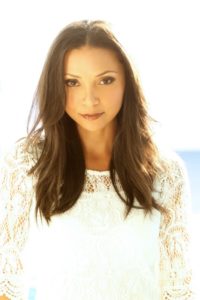 Danielle is currently starring on Greg Berlanti’s THE FLASH on CW and can currently be seen in the
Netflix feature, DEIDRA AND LANEY ROB A TRAIN. Prior to this Danielle Nicolet was recently seen in
the Warner Bros. feature CENTRAL INTELLIGENCE opposite Dwayne Johnson, Kevin Hart and Ed Helms.
Danielle will also be seen starring in Tyler Perry’s next movie, ACRIMONY.

In recent years Danielle was the lead of the TVOne pilot BORN AGAIN VIRGIN and  was heavily recurring
on BET’s THE GAME. Prior to that, she was part of the cast of the CBS pilot GOOD SESSIONS opposite Rich Sommer,
James Roday and Tracey Ullman that John Hamburg directed.  Prior to that she was a series regular on the show
THE FAMILY TOOLS for ABC and starred in the Lifetime miniseries MARRY ME opposite Lucy Liu.  Other credits
include being a series regular on USA’s, THE STARTER WIFE opposite Debra Messing., TNT’s HEARTLAND opposite
Treat Williams and NBC’s 3RD ROCK FROM THE SUN.