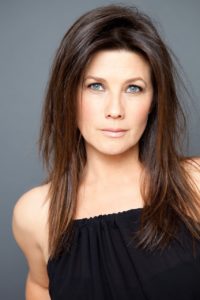 Daphne Zuniga is beloved by generations of moviegoers for her performances in such classic films as Mel Brooks’ Spaceballs, as
Princess Vespa, and The Sure Thing, in which she starred opposite John Cusack. Other films include Vision Quest and Gross Anatomy.
On television, she became familiar to millions of viewers when she starred as Jo Beth Reynolds on the mega-hit series Melrose Place.
She later starred on CW’S One Tree Hill as Victoria Davis, the scheming mother of Brooke, played by Sophia Bush. Daphne also
starred on the ABC Family series Beautiful People. In recent years she has starred in a number of highly-rated movies for
television, including On Strike for Christmas, A Family Thanksgiving, and Gone Missing. She recently completed the feature film
Heartbeats, shot on location in Mumbai India and written and directed by Duane Adler, creator of the popular Step Up dance movies. Other
recent movies Daphne can be seen in are A Remarkable Life, Those Left Behind and Beyond Paradise.
Daphne lives in Los Angeles and is active in the environmental community.