Nana started her career in her hometown of New York City by starring in Broadway musicals such as MY ONE AND ONLY, 42nd STREET and CHICAGO and also had the pleasure of playing the role of Gypsy Rose Lee opposite Angela Lansbury in the touring companies of the musical GYPSY.  Nana has guest starred in over fifty TV shows.  For years she was a regular on the soap operas ONE LIFE TO LIVE, RYAN’S HOPE and THE DOCTORS.  Prime time series include WORKING GIRL with Sandra Bullock, DARK ANGEL with Jessica Alba, seven seasons on Star Trek:  DEEP SPACE 9 as Major Kira, four seasons of WILDFIRE on ABC Family and has provided many voices on FAMILY GUY.  Films include THE SENTINEL, MIMI’S FIRST TIME, BABY SITTER WANTED, SWING VOTE, FRIDAY THE THIRTEENTH, HELL OF A VIEW and TED2. 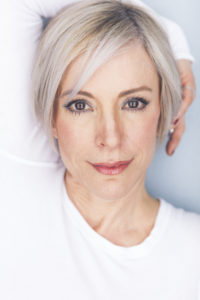